From the Albany Times Union: 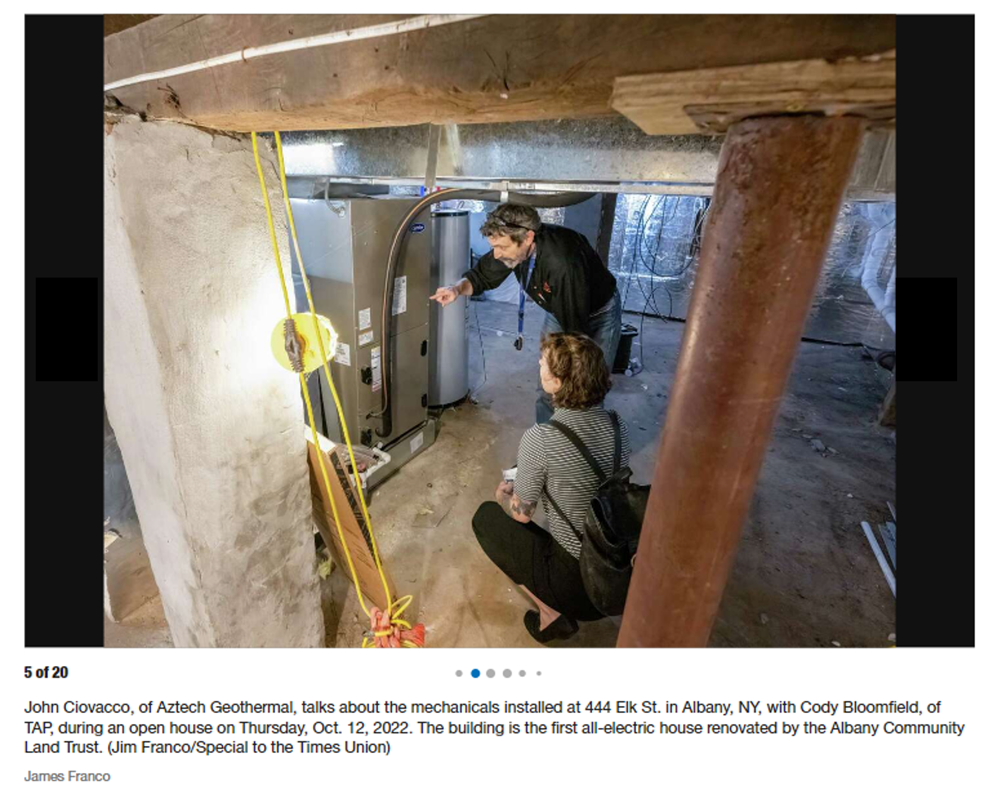 ALBANY – Albany Community Land Trust unveiled its latest home makeover Thursday, the latest of more than 110 the organization has done since 1987.

The home at 444 Elk St. in the city’s West Hill neighborhood was nearly destroyed by a fire and water damage in September 2021. Afterward, a team led by contractor Tony Chinsammy gutted the house and architects Laura Ryder and Beth Steckley from TAP, Inc. redesigned the outside to create a better layout and a first-floor bedroom.

The Refugee Welcome Center will select a family who will rent the four-bedroom, two-bathroom house. To qualify, the family must earn 80 percent or less than the area median income, which for Albany County is $106,000.

Every home renovation has things in common — trash removal, roof repair, demolition, new drywall to install and painting to do — but 444 Elk St. had a twist. It shared a wall with the house next to it, something the land trust wanted to change because the organization doesn’t own the other house. Chinsammy, a longtime contractor for the land trust, said he was unfazed by the job of separating the houses.

This is the land trust’s first all-electric house. It has a heat pump system to provide heating and cooling, cellulose insulation on the upper floors and rigid board insulation in the basement. Chinsammy reused parts where he could – the original newel post and stairs remain in the late 1800s home as well as the interior and exterior doors.

Valerie Alexander-Moseley, president of the land trust board and a member since 1989, was among the people who toured the home Thursday. Thirty years ago, the land trust only had the money to bring homes up to code and renovate a kitchen or a bathroom here and there, Alexander-Moseley said. Now, with more generous funding from a variety of sources, full-house rehabs are more common.

“The people who work on these houses want to wow me,” she said. “When it comes to picking out finishings and appliances, they put themselves in the position as if it was going to be them living in the house, and I like that.”

This is the second home on Elk Street the land trust has rebuilt. Susan Cotner, executive director of the Affordable Housing Partnership Homeownership Center and program manager for the land trust, said she hopes the trust will buy and rebuild more houses on the street. The goal is not to do a house here and there, Cotner said, but to do whole blocks. Large investment raises property values, and higher values brings private investment. Cotner watched it happen on Third Street in Albany, and hopes the same will occur on Elk Street.