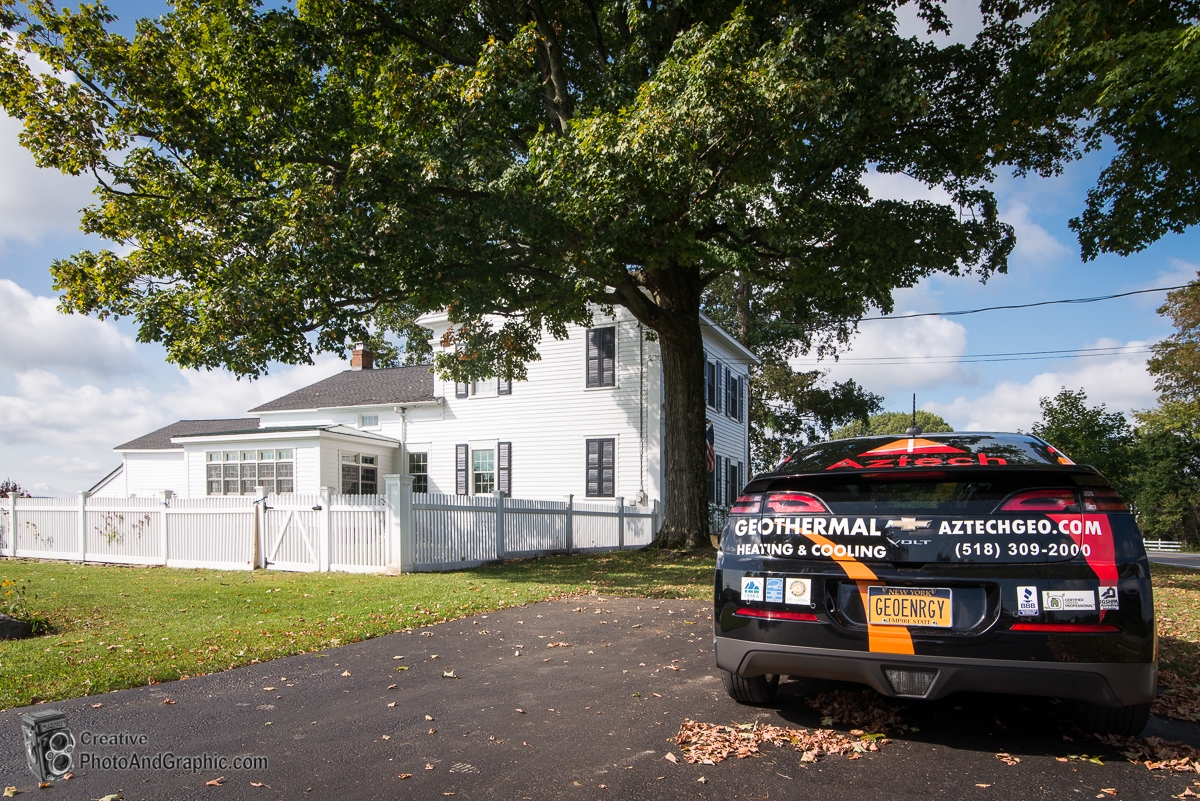 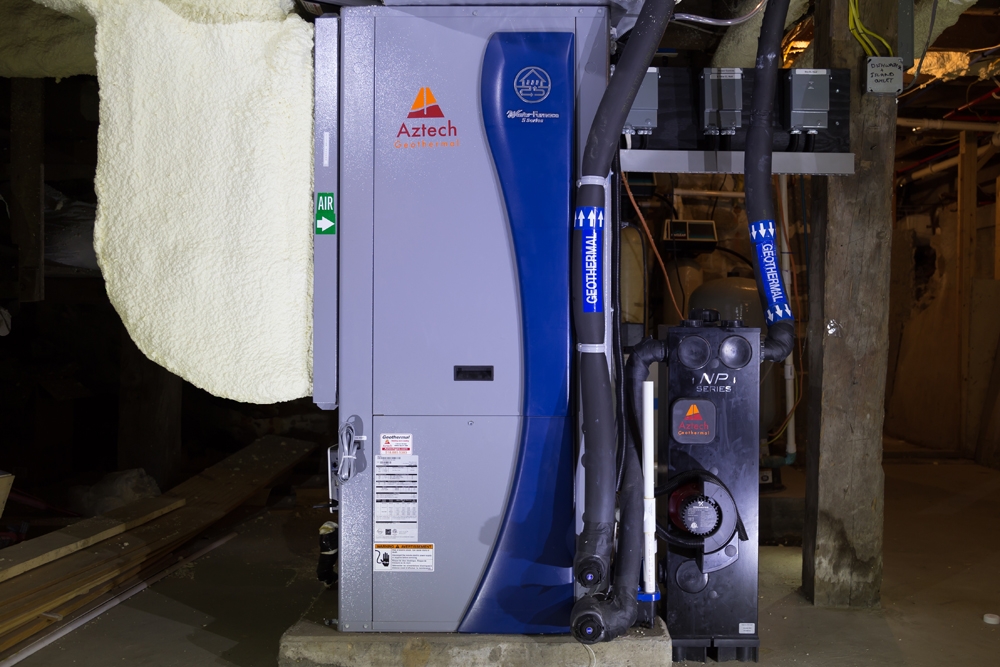 CHARLTON – The lawn in front of David Cotter’s quaint country home has yet to fully recover from all the digging done by machines and work crews last spring.

Cotter, a professor of sociology at Union College in Schenectady, is one of about a half-dozen homeowners on the scenic Charlton Road who hired Aztech Geothermal, LLC in Ballston Spa to install a geothermal heating and cooling system.

Thousands of feet of pipe—extending roughly 100 yards away from the house—are now buried six feet below Cotter’s grass. The pipes slowly circulate water through an impressively designed forced-air unit in his basement, which can provide hot or cold air as needed to Cotter and his wife.

Cotter said they agreed to hire Aztech Geothermal for the job after his old furnace had failed early this year. “The long-term savings were pretty substantial,” he figured, adding that the company was recommended by his neighbors.

On Sept. 7, a statement was released by Dandelion, a geothermal startup firm with an office in Saratoga Springs, announcing a new partnership with Aztech Geothermal. (Both companies provided links to their websites: www.dandelionenergy.com and www.aztechgeo.com.)

Dandelion will make initial contact with homeowners interested in geothermal while Aztech will perform the inspections and installs. Homeowners can either pay $20,000 up front with no subsequent costs, or $150 per month over 20 years.

Aztech and Dandelion officials are aiming to rapidly expand the local market for geothermal power, which harnesses the natural energy capabilities of the Earth itself.

“Dandelion is making geothermal heating and cooling affordable by introducing a number of process and technology innovations, including analytics-based marketing, fixed-system pricing, a low monthly payment option and an innovative drilling method,” the statement indicated.

Katie Ullmann, Dandelion’s vice president of marketing, said she is working with Aztech Geothermal to create “classic economies of scale.” A partnership between Dandelion and Hudson Solar was previously announced.

“What we’re doing is targeting towns and blocks,” Ullmann explained, as she was wrapping up a brief visit this week to Cotter’s home for the production of a promotional Dandelion video.

John Ciovacco, president of Aztech Geothermal, said his company has already installed nearly 300 geothermal systems in the Capital Region, primarily using existing ductwork. He expects the new partnership with Dandelion to substantially boost that number, all in the effort to promote the “net zero” concept of local homes powered completely by renewable energy.

Ciovacco said Aztech specializes in “horizontal” geothermal systems like at the Cotters’ home. “You have to minimize the mess,” he said. “This isn’t for everybody.”

He added that numerous properties in Saratoga Springs have utilized the less disruptive “vertical” geothermal installation. Well-drilling companies can be called in and the pipes can be placed 400 feet straight down, which makes a lot fewer holes.

According to Ciovacco, approximately 2.5 million homes across New York State do not have access to natural gas, which forces property owners to heat with oil, propane or electric. Geothermal should be considered as a viable option for them.

“It is silly, in today’s world, that we burn so many fossil fuels,” Ciovacco said, as he inspected the geothermal unit in Cotter’s basement and snapped his own pictures.

The unit includes a small “flow center” that quietly circulates water through the system, pumping it in or out as needed, he said.

He called the soil, which gets heated by the sun in warmer months, a “long-term solar storage battery.” That stored heat then warms up the unit’s water supply for use in winter, while cooler water is utilized for air conditioning in the summer.

Aztech designs each geothermal project with the specific square footage and energy needs of homes in mind, he added.